His Beautiful Mother travelled from Russia for the event (and brought two more beauties with her):

The event was in the Wolstein Center

I drove Daniil and the three ladies down in Вадим (our 2013 VW Tiguan), we dropped him off, parked and went in.

Elgar’s ‘Pomp and Circumstance’ always waters my eyes, and the ceremony was enlightening because of the many who earned their degrees the hard way… 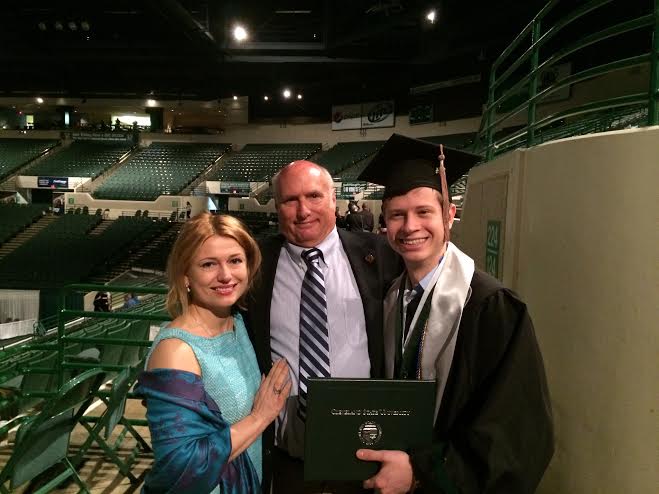 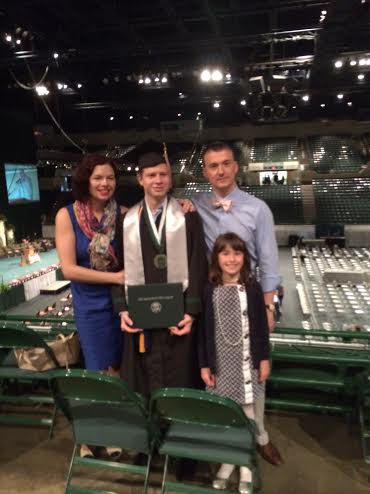 I drove the five of us through the old NorthWest side – West Shoreway, Edgewater, and Lake Ave –  and that was the morning.

(N.B.: my wardrobe for the morning featured a new blazer  and a new tie from Men’s Warehouse at Avon Commons, near Peet’s. )

From chauffeur, I became chef, and made lunch at home (reheated leftovers).  From chef, I became companion, and we ate dinner at Bearden’s in Rocky River, and then Sharon had custard at Weber’s in Fairview.

The companion became the student, and I studied Russian and Quantum Mechanics.

I started the day at the gym – back and triceps emphasis, and ended it riding my stationary cycle 57 min for  15 miles.

After gym it was lunch at M&E, and then a quick stop at office max, on to Men’s Warehouse where we bought me a new blazer and ties, and the last stop was food shopping at Heinen’s.

We cooked at home – brats on the grille. 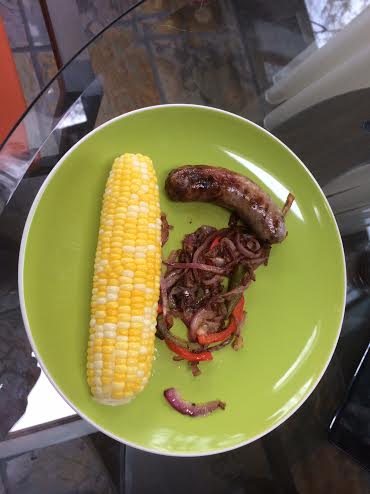 I studied some Russian in between.